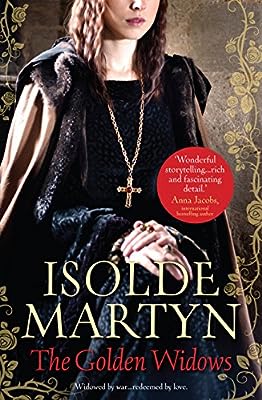 Price: Click Button for Price
As of 2020-08-19 18:56:56 UTC (more info)
Product prices and availability are accurate as of 2020-08-19 18:56:56 UTC and are subject to change. Any price and availability information displayed on http://www.amazon.com/ at the time of purchase will apply to the purchase of this product.
Buy Now from Amazon
Product Information (more info)
CERTAIN CONTENT THAT APPEARS ON THIS SITE COMES FROM AMAZON SERVICES LLC. THIS CONTENT IS PROVIDED 'AS IS' AND IS SUBJECT TO CHANGE OR REMOVAL AT ANY TIME.

Two young women on opposing sides find their lives wrecked by battle ... can they be restored by love?

As sister to Warwick the Kingmaker and cousin to the new young King Edward IV, Kate Neville finds herself on the winning side of the latest bloody battle of the War of the Roses â€“ and under pressure to marry again. Kate's family want to ensure her new husband will be someone they control, such as the king's handsome chamberlain, Lord William Hastings, but Kate is refusing. Hastings has a reputation as a womaniser and she wants a man who won't betray her like her first husband did. But the debonair Hastings is determined to win her heart. Can she thwart her brother's plans for her?

Elysabeth Woodville is a beautiful young woman, much adored by her husband, Sir John Grey, but when he is killed in battle on the losing side and named as a traitor, his estate is seized by the Yorkists and she finds herself penniless and friendless. In her desperate struggle to restore her sons' inheritance, she finds herself not only kneeling before her enemy but winning his heart. Is she is too proud to become his mistress? Or does the King of England love her enough to ignore his friends' advice and make her his queen?

In the precarious peace of a bloody civil war, can love heal the wounds and reunite families?

'Wonderful storyâ€“telling, enhanced by a depth of research that shows daily life in rich and fascinating detail.' Anna Jacobs

'Another wellâ€“researched and lovely page turner from awardâ€“winning historical novelist, Isolde Martyn.' Felicity Pulman, author of Ghost Boy, A Ring through Time and The Janna Mysteries

The Daughter of Time